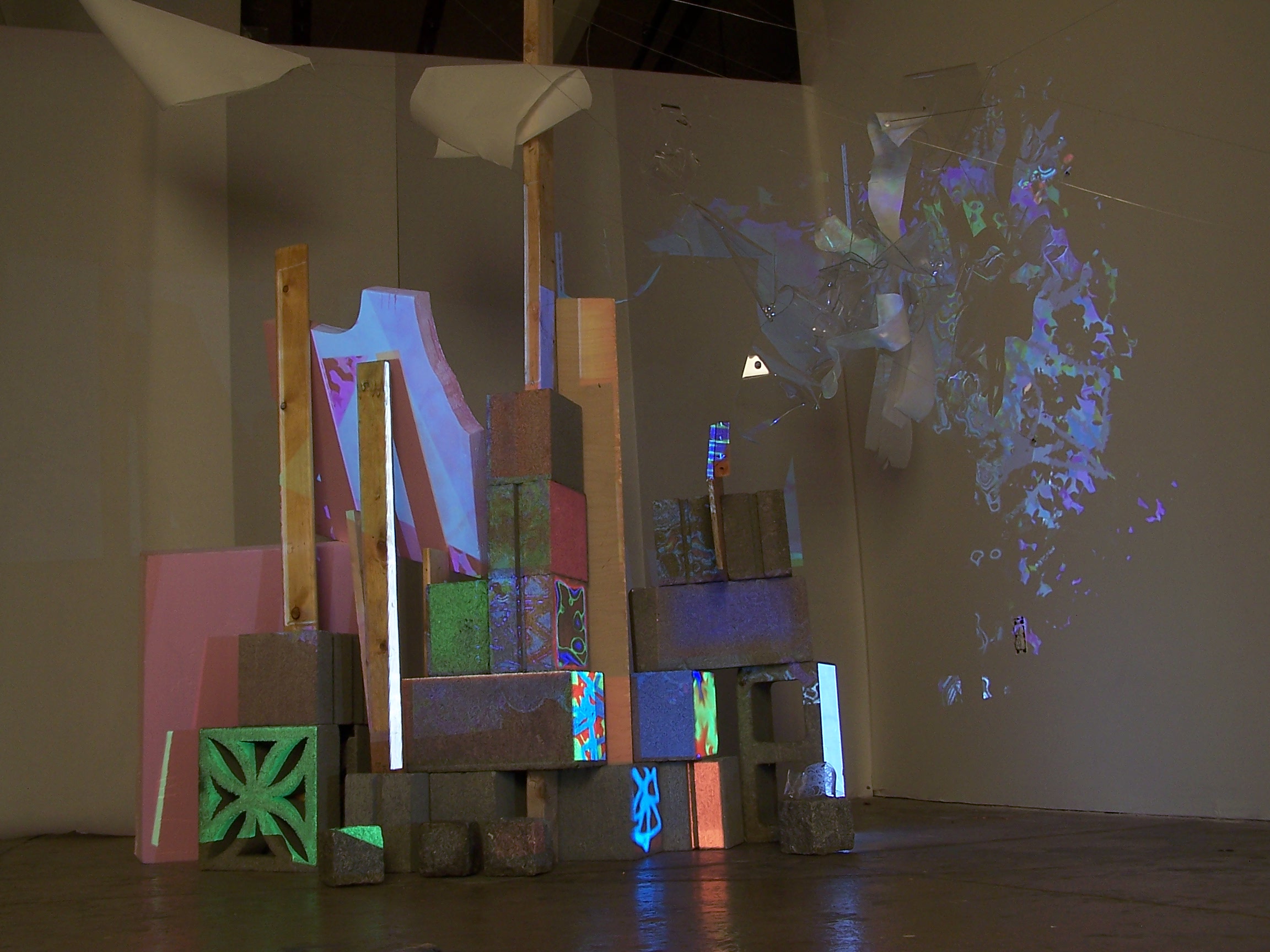 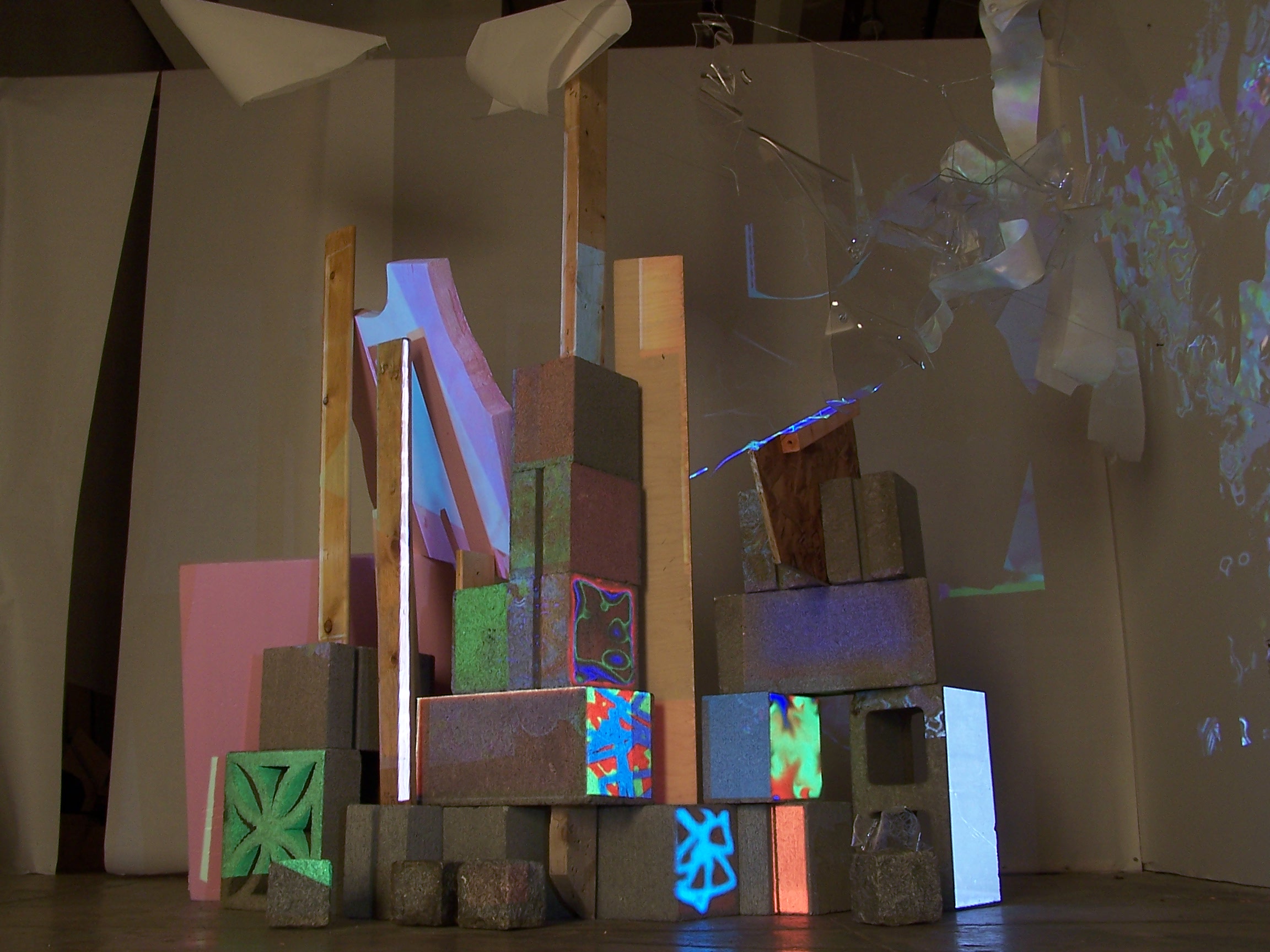 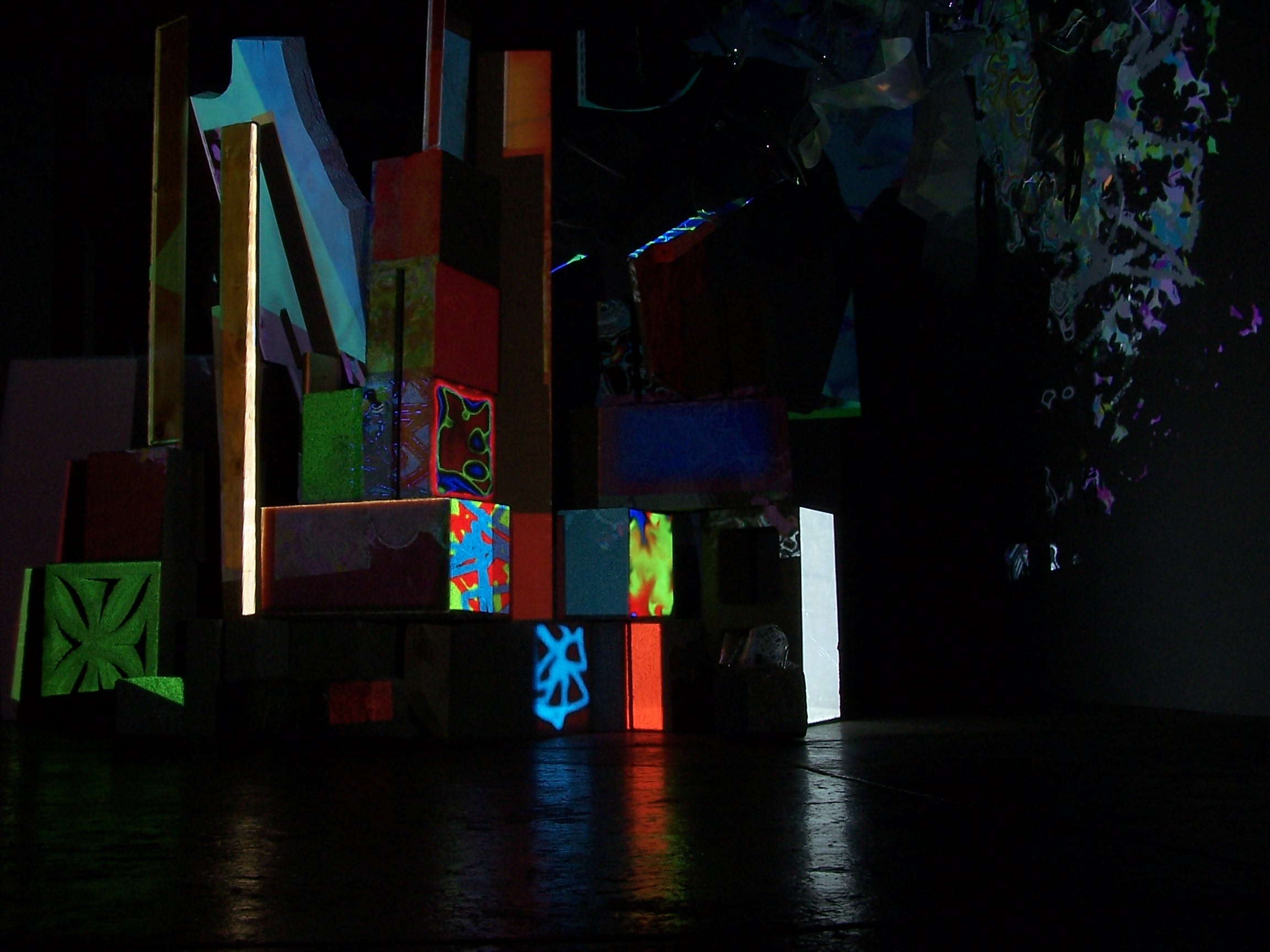 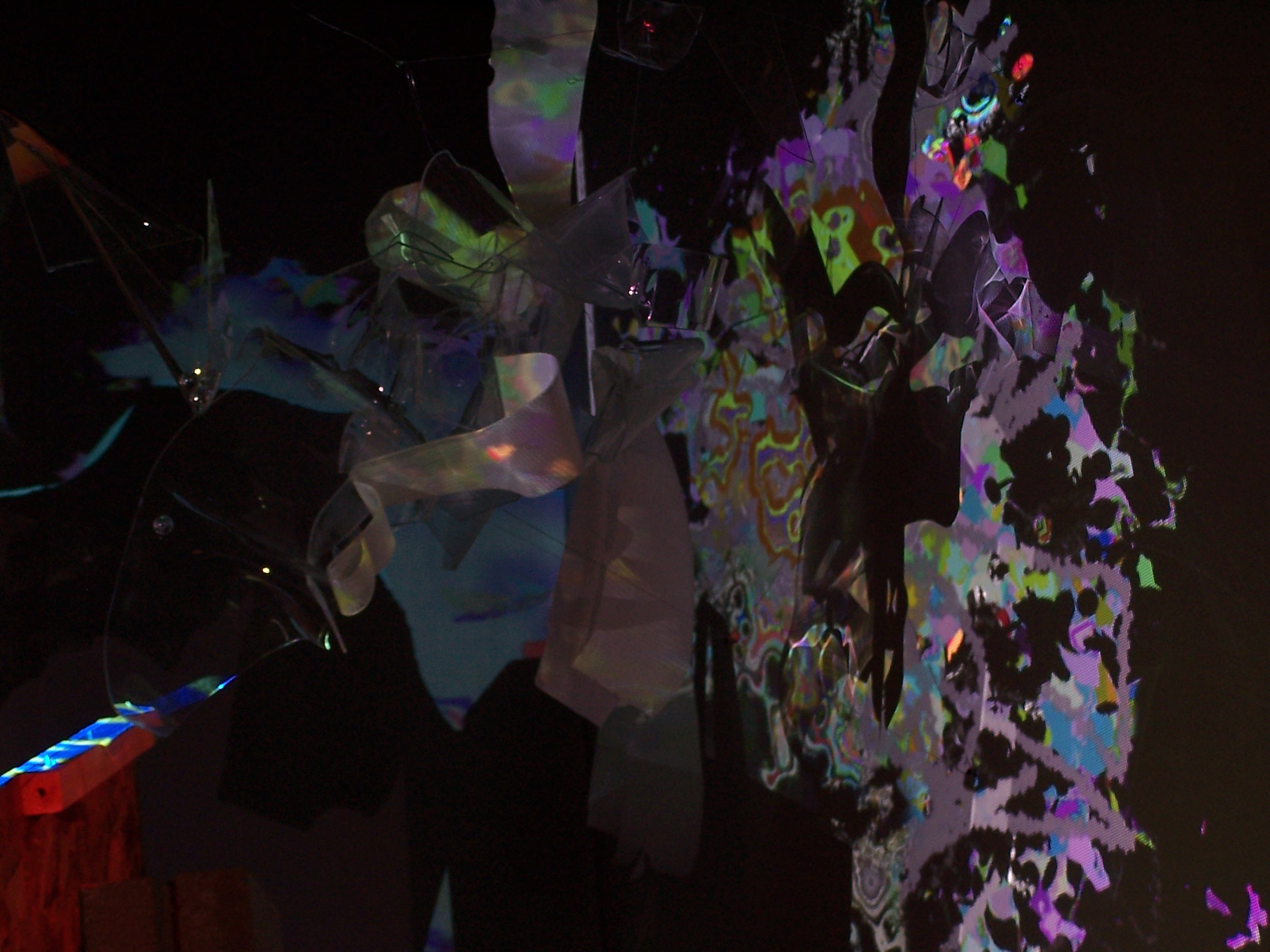 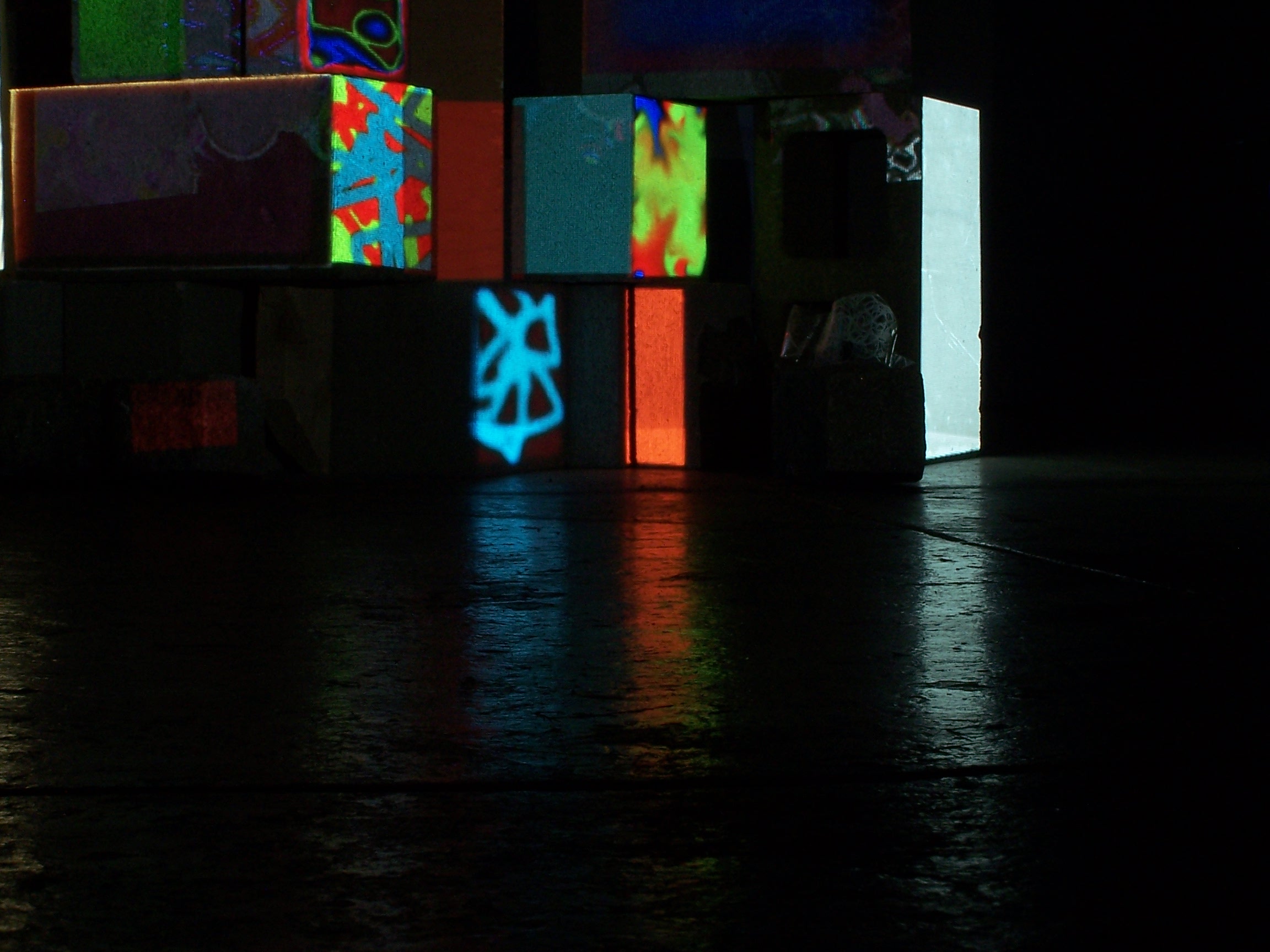 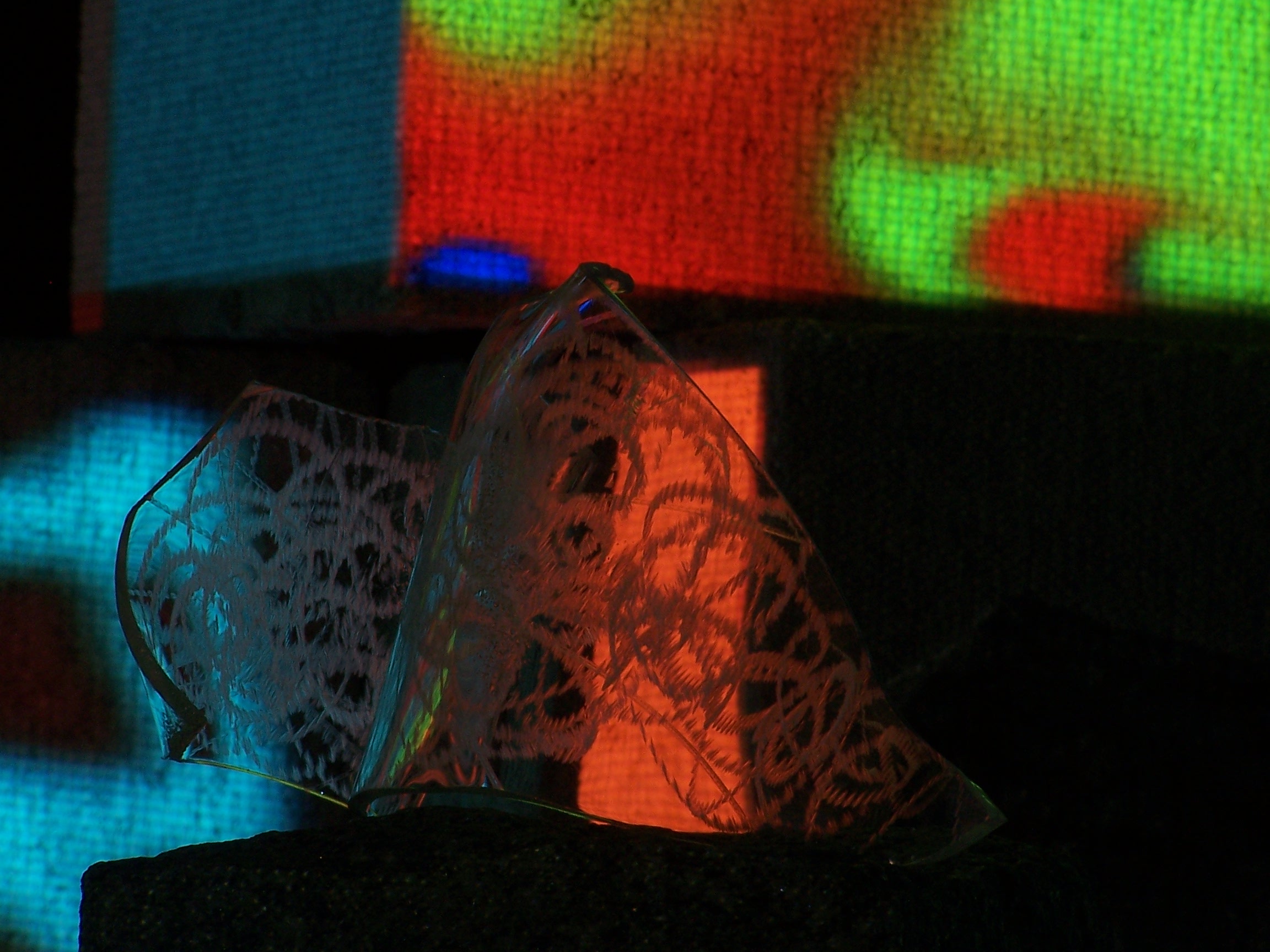 A hastily created installation furthering the study of video projection augmenting sculptural surfaces. A random collection of used building materials is fashioned into a generic portrait of a city skyline. Bright colors and patterns flash on the various surfaces governed by a series of LFOs.

The piece was inspired after the artists first trip to NYC (and the East Coast US as a whole), and a series of visits to various other N. American cities. The modern skyline is fairly consistent across these cities, begging the question “what is the difference between them in a post-contemporary, communications overloaded, age?”

Seems to mostly be a difference in weather, though in modern travel it is possible to not leave a climate controlled environment whilst globe trotting. Going from the condo, to the taxi, to the airport, to the airplane, to the hotel, to the conference center, to the mall and back again.

The work is also inspired by the New Rave movement that was being carefully constructed as the next “big thing”, primarily in London, NYC and Tokyo. New Rave is a conglomerate of former popular styles, and in a very self-conscious way. It is by definition not meant to be taken seriously. New Rave could be considered a deeply pop-educated extension of rave culture, punk rock and hip-hop. It’s distinguishing characteristic is sound and colors that immediately barrage the senses; chiaroscuro on growth hormones.